66% of Millennials surveyed in APAC miss the office, more than other demographics 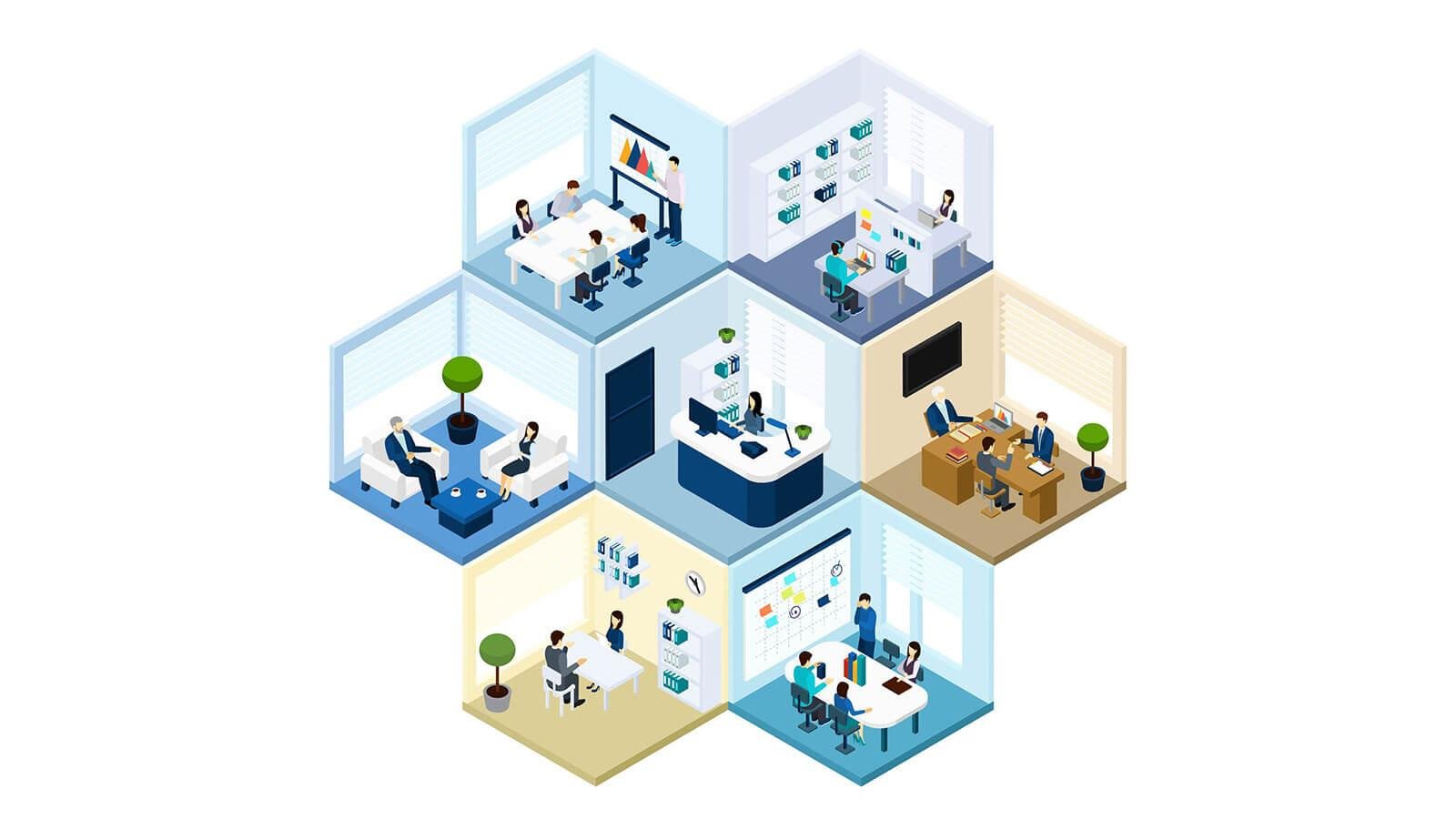 While remote working has become the new normal for companies around the world, with many continuing to do so in the long-term, there are a number of employees who are eager to return to the office, a new report has found.

According to JLL's recent Asia Pacific report, Home and away: the new hybrid workplace, out of 68% surveyed in the region who are working from home, more than six in 10 (61%) said they missed going into the office; and would favour a hybrid model combining more flexible work arrangements in the future.

While the respondents did enjoy the 'freedom of working from home', the three key reasons cited for missing the office were human interactions and socialising with colleagues; a professional environment with access to everything needed for work; and collective face-to-face work for collaboration.

Of all respondents, a majority who missed the office were Millennials, with 66% indicating so. This group had also noted what they enjoyed about working remotely, including flexible hours, reduced commuting, and work-life balance. At the same time, more than eight in 10 (81%) strongly agreed that they felt technology ready, while 52% felt more productive from home.

However, there were a few who said they could not afford accommodation with the space and amenities vital for successful home-working. 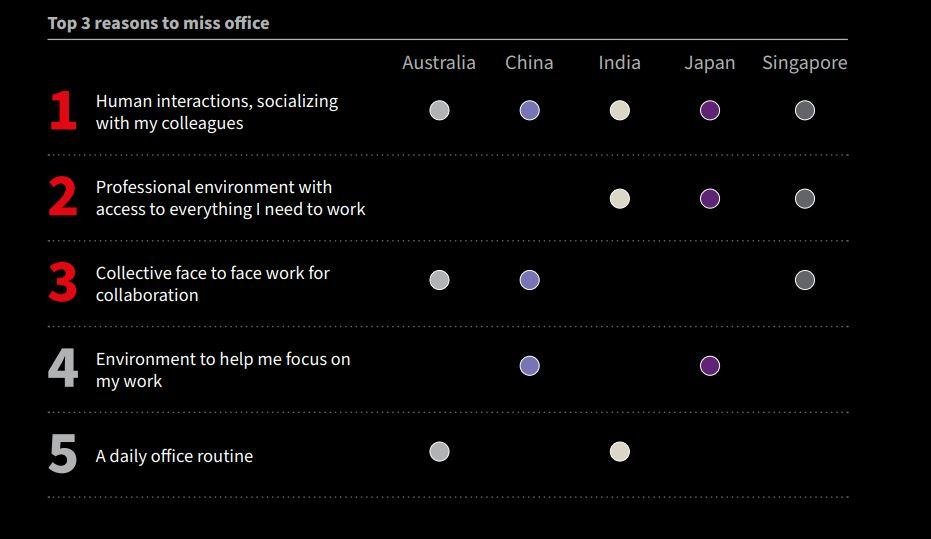 Commenting on the findings, Anthony Couse, CEO, Asia Pacific, JLL, said: "Employees across Asia Pacific have successfully transitioned to remote working, but our interactions also suggest that many now crave the office environment's cultural and human experience. It is becoming clearer that the office is here to stay, but greater acceptance of remote working will force a new workplace model for many corporations regionally."

80% of employees in India felt more productive working from home, while 43% in Singapore felt so

According to the survey, the quality of a person's home surroundings, alongside their technology set-up, had a major impact on their remote productivity. Although 74% of employees surveyed had the basic technology needed to ensure business continuity and critical processes, approximately 50% of them did not feel more productive.

In the region, more employees in India revealed greater productivity while working from home (80%), when compared to its counterparts in the region, which scored between 21% (Japan) and 45% (Australia).

In Singapore, less than half said they were more productive working remotely (43%). That said, employees in this country were the third-most technology ready in the region, behind India and China.

How confident are employees in the future of their company?

Commenting on the findings, Anthony Couse, CEO, Asia Pacific, JLL, said: "Employees across Asia Pacific have successfully transitioned to remote working, but our interactions also suggest that many now crave the office environment's cultural and human experience. It is becoming clearer that the office is here to stay, but greater acceptance of remote working will force a new workplace model for many corporations regionally."

Among all who were 'very confident', employees in India once again led the way, with 59% indicating so; followed by 33% in China, and 30% in Australia.

The future of the workplace: Offices will be reimagined as social hubs, and more

In line with the above findings, the survey respondents believed employers had a responsibility to foster this sense of optimism, whether their teams are working from home or in the office and as businesses, enhance human performance and productivity wherever their workers are.

Thus, the report highlighted some key considerations for employers to note, in exploring a hybrid work model:

The office space is here to stay: Higher acceptance of remote working will lead to a more distributed and diverse workforce but this will come with its own challenges on productivity and efficiency. Office space will continue to hold its importance, in most instances as the optimal working environment.

Offices will be reimagined as social hubs: The office provides a culture that can’t be replicated via remote working and serves as a social hub for employees to connect on common goals, purpose and vision. Repurposed or redesigned work areas will be required to provide infrastructure for collaboration among the split teams of remote and on-site staff.

The future footprint will facilitate choices and flexibility: Work-from-home saw many employees enjoy greater flexibility and control on their personal and professional lives. Corporates will have to redefine their real estate footprint, leveraging distributed and liquid spaces. At the same time, home offices, co-working places, satellite offices and the office HQ will all have to co-exist – leading to a truly hybrid office model.