The real reason your employees come to work 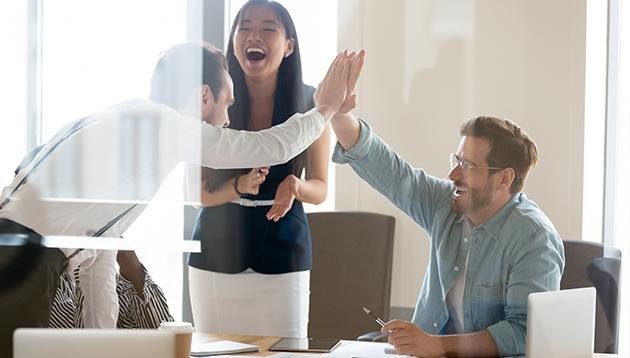 With work-from-home directives still in place for employees in many Hong Kong offices, a new British study reveals the real reason that people want come to work – and it may come as a surprise but money is not the top motivator.

Just-released research from Perkbox found that spending time with colleagues was the main reason for employees wanting to go into the office. Money ranked a surprising sixth on the list of employees’ priorities.

The study of about 2000 participants found that the work hours, feeling empowered, enjoying a sense of fulfillment and working in a team all rated highly on the list, according to The Sun newspaper.

A total of 83% of respondents cited workplace culture as a ‘very important’ component – unsurprising given the amount of time colleagues typically spend in each other’s company at work.

According to Saurav Chopra, Perkbox CEO, the study highlighted that many companies are creating positive work cultures where employees feel comfortable and can have fun with colleagues.

“There’s no denying that achieving this requires the constant juggling of many factors, some of which are out of our own control or differ from one person to another,” Chopra said.

“Yet while the efforts of taking them seriously enough do pay off, we rarely take the time to celebrate them together. It’s something we should definitely feel proud of,” he added.

The study also revealed that a sense of feeling valued at work, an ‘appealing’ office location and having an understanding boss were also big pull factors.

Conversely, the leadership in place, making new friends and learning new skills were all cited as less important factors by employees.

But how do the reasons compelling employees to go to the office in Asian cities such as Hong Kong and Singapore compare with those of their British counterparts? Take our poll to find out what your peers think.