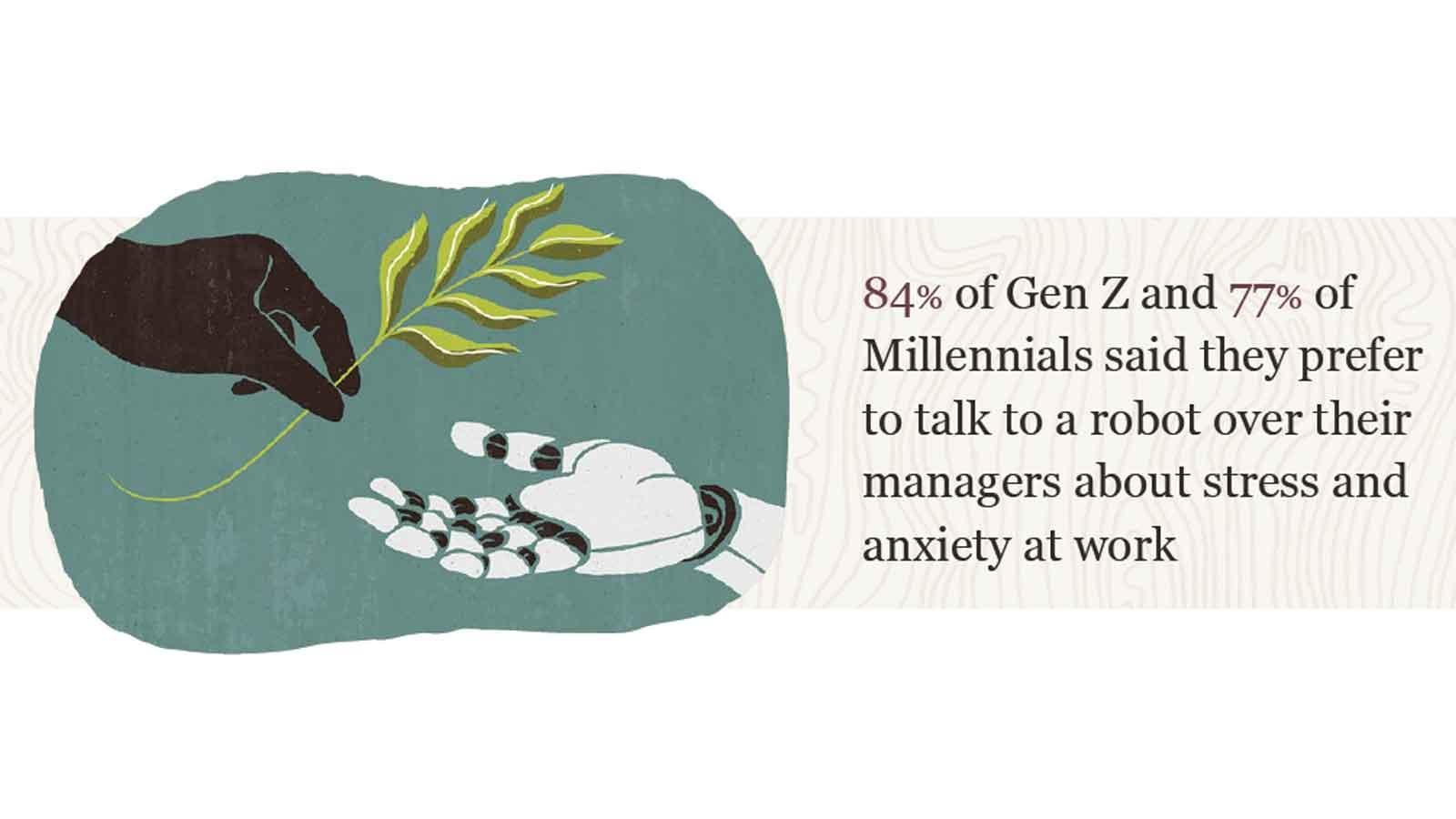 C-Suite executives also preferred to talk to a robot about their stress issues more than to a human, as compared to employees (73% vs 61%).

Mental health issues have no doubt been a top concern at the workplace, even more so since the onset of the pandemic. And according to a recent survey, C-Suite executives and HR leaders seem to be suffering more with such issues, when compared with their employees.

In particular, more than half of C-Suite executives (53%) and a similar percentage of HR leaders (52%) said they have suffered, versus 45% of employees who reported so.

According to the survey of 12,347 global respondents, detailed in a new report by Oracle and Workplace Intelligence, one reason for this could have been distress brought on by the need to lead dispersed teams in this period, especially teams that were not used to working remotely.

It noted: "There's good reason to believe that going virtual contributed to the worsening of executives' mental health. Many leadership roles rely on in-person relationships to influence their reports and the direction of the organisation overall. Shifting to a completely remote work environment can be incredibly stressful for these individuals.

"It's not surprising, then, that 85% of executives and 87% of HR leaders reported having difficulty making the switch from in-person to remote work as opposed to 77% of individual contributors."

In fact, 36% of leaders surveyed reported they had difficulty learning the new technologies needed to work remotely, while only 28% of individual contributors felt the same way.

Millennials and Gen Zs experience the most burnout

From a generation point-of-view, the report highlighted that the youngest workers were the most affected by the pandemic, while the oldest workers were least affected. In specifics, Gen Z reported the highest mental stress rates, with 89% saying the pandemic had negatively affected their mental health, followed closely by 83% of Millennials.

On the contrary, 62% of Baby Boomers said that the pandemic had a noticeable, negative effect on their mental health.

As a result, the younger generations emerged feeling the most burnt out over their older counterparts.

More importantly, the reported also noted that Millennials were 130% more likely to have experienced burnout as compared to Baby Boomers.

Which generations and functions prefer to turn to AI for support?

Among generations, Gen Z and Millennials are more likely to do so, the report revealed (84% and 77%), instead of talking to their managers. In fact, 90% of Gen Z said that AI has been a boon to mental health at work compared to only 52% of Baby Boomers.

Among job functions, C-Suite levels were most open to this - with 73% likely to talk to a robot than to a human, versus 61% of employees.

Across countries, workers in India are struggling the most

India seemed to suffer the worst mental health crisis of the countries surveyed, with 80% of Indian workers saying the pandemic has negatively affected their mental health.

Coming in second are workers in the UAE, with 86% of reporting so; followed by 83% of Chinese workers, and 81% of American workers.

In India, mental health issues resulting from the pandemic have affected workers both at work and at home, with 93% of workers saying their deteriorating mental health is interfering with their home life.

More importantly, they noted that work-related stress, anxiety, and depression have resulted in suffering family relationships, more arguments with a partner or spouse, and disconnection from their children.

At the same time, these workers were the most likely of all surveyed to say that work-related stress had caused them to isolate themselves from their friends—a situation that exacerbates depression.

As such, 32% of Indian workers reported burnout, behind Chinese workers (43%).

Interestingly, of all the countries surveyed, Indian workers were among the most likely to prefer to talk to a robot than their managers about work stress and anxiety - with 91% of both Indian and Chinese workers preferring a robot therapist.

Readers' Survey 2021: We'd like to hear from you! Please let us know what content is most valuable to you in 2021 by taking our 3-minute survey now. Thank you, readers!