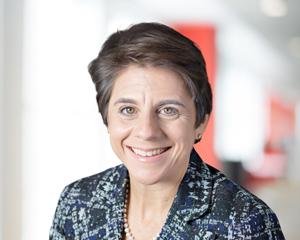 Coffman led the formation of and serves as the global head of Bain’s Diversity, Equity and Inclusion (DEI) practice—partnering with its clients to set and drive their own DEI strategies and efforts—and she is a long-time leader in Bain’s Organisation practice.

She was also the founding chair of Bain’s Global Womxn’s Leadership Council, which is focused on developing and supporting Bain’s womxn and increasing representation in Bain’s leadership ranks. Since June, she has been leading Bain’s Americas DEI Transformation Office, which aims to embed racial and social equity into the fabric of the company—ultimately raising Bain’s game as both an employer and a business.

Additionally, Coffman is a member of the Chicago Network of Women Business leaders and also serves on Wesleyan University’s Athletic Advisory Council. She holds an MA in Educational Administration as well as an MBA from Stanford University, where she was recognised as an Arjay Miller scholar.

Commenting on the appointment, Manny Maceda, Bain’s Worldwide Managing Partner, said: "As we looked at our bold DEI aspirations for the coming years, we sought a senior executive with the experience, clarity of purpose and resolve to lead our global change agenda. Julie is that person. Through her client-facing work, she brings decades of organisational change management expertise. And as the founder and architect of Bain’s Womxn’s Leadership Council, she has not only taught us about the nuances of building an equitable workplace, she has shown us firsthand how to do it." 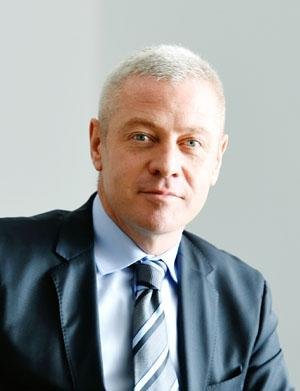 In this new role,  he will be responsible for driving the adoption and expansion of Snowflake’s Data Cloud in the local market, empowering local enterprises to mobilise their data for valuable business insights.

Robertson is an experienced executive who, prior to joining Snowflake, served VMWare in the APAC region for the last 14 years. Most recently, he served as President of VMWare Japan K.K., responsible for all aspects of the virtualisation, digital workplace and cloud business in Japan.

Prior to that, he was General Manager at VMWare ASEAN from 2012 to 2015, and served as Area Vice President at VMWare Japan K.K. beginning in 2007. Throughout his tenure at VMWare, Robertson was involved in strategic planning, business development, and client engagement, playing an instrumental role in growing the business to its current status as a multi-billion dollar leader in the cloud market.

Throughout his career, Jon also held senior positions in Sales and Field Management at EMC, SAP and M3i in Japan and APJ markets. He is fluent in Japanese, French, and English and holds a Bachelor of Arts degree in Political Science from McGill University in Montreal, Canada.

Commenting on the appointment, Chris Degnan, Chief Revenue Officer, Snowflake, said: "Jon brings extensive knowledge of the local market and a strong track record of success in the cloud computing industry to both the Snowflake team and our customers in the APJ region. Jon’s leadership and expertise will expand Snowflake’s footprint and empower local enterprises to mobilise their data for business value." Anna Wong takes on the role of Director of Human Resources for Asia FCM Travel Solutions to lead the full scope of human resources work including recruitment and talent management, diversity and inclusion, organisational development as well as training and development.

Earlier in her career, Wong spent seven years with Accor in Australia where she was responsible for recruitment, talent management, compensation and benefits, employee engagement and corporate social responsibility. She left the hotel giant as the Talent and Culture Manager for two business district hotels in Melbourne.

In 2017, she moved to China, joining FCM. Since then, she has played an instrumental role in developing and delivering FCM’s corporate culture in mainland China and Hong Kong market before recently becoming FCM’s Human Resources Director.

Wong is known for her passion in developing the role of women employees and leaders in the workplace and currently leads the Womenwise chapter for FCM in Asia.

On the new appointment, Bertrand Saillet, Managing Director, Asia for FCM said: "Anna brings a great understanding of our business to this role and will be able to use her ability to apply best-in-class HR solutions to bolster our efforts towards a sustainable workforce of the future. This makes her a strong fit for the next step of FCM Asia’s development as she has proven to be a highly experienced leader, capable of leading the team members towards continued growth and enabling each individual to achieve their full potential."

Commenting on her new role, Wong said: "I am excited to take on this role at a time where the company is undergoing significant changes. With this comes a shift towards effective and purpose-driven talent management to drive a high-performing organisation. I look forward to strengthening FCM’s talent acquisition strategy, fostering an environment that builds careers with support, training and development opportunities for our current team."