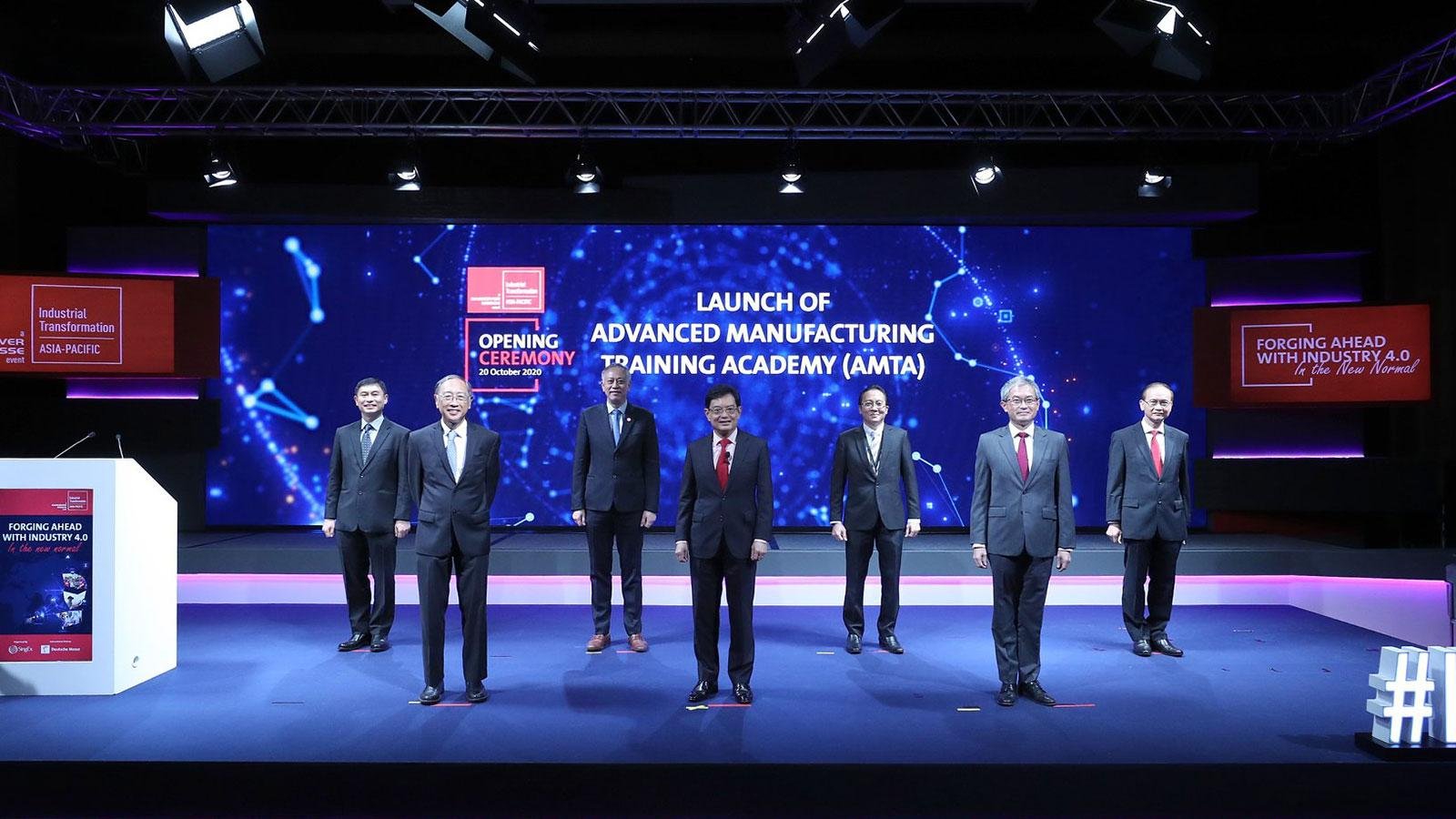 Talent in Singapore's advanced manufacturing field can soon looking forward to the new Advanced Manufacturing Training Academy (AMTA), a joint initiative by the Agency for Science, Technology and Research (A*STAR) and the Nanyang Technological University.

Announcing this on Tuesday (20 October), Deputy Prime Minister, Coordinating Minister for Economic Policies and Minister for Finance Heng Swee Keat said given the speed of innovation and industry change, continuous upskilling and re-skilling will be a permanent feature in advanced manufacturing. Thus, the new set-up will identify emerging skillsets and coordinate training and skills development for talent in the field.

The AMTA is one of the latest efforts in building up Singapore's advanced manufacturing base, following the opening of Siemens' Advanced Manufacturing Transformation Centre in September, to help companies transit into 3D printing and IR4.0; and the most recent ground breaking for Hyundai's Innovation Centre, which will include an electric vehicle production facility.

Both facilities will be based in the Jurong Innovation District by JTC, which is shaping up as the one-stop advanced manufacturing hub in Singapore, DPM Heng noted.

Apart from the above, DPM Heng also elaborated on further efforts to develop human capital in Singapore and the region, one of which will be through a new Global Technology Innovation Village.

A collaboration of Asian Development Bank and Singapore Polytechnic, the Village will be involved in training regional government and business leaders in areas such as advanced manufacturing, 5G, and Artificial Intelligence.

French consulting, design and technology company Niji has set up its first overseas office in Singapore this year, in a move it sees as a "springboard to its debut on the international stage." Through this new venture, the firm said it aims to support both French companies operating in Asia, as well as their European counterparts, while also attracting key regional players in all economic sectors in which it has in-depth market knowledge.

Niji's office is located in the heart of Singapore at Orchard Road, and is led by Adrien Thomas, formerly Niji's Business Development Manager in Paris. The subsidiary currently employs three people and signed its first contracts in the summer.

As a firm that used to focus on B2C companies in its clientele, which mostly operate in the services sector in domestic markets, Niji has over the last four years diversified its client portfolio with new clients from the industry sectors, mostly in the B2B area.

Thus, with this new international view, the firm decided to now support these clients in their development strategies beyond French borders with a consistent approach and seamless service, choosing Asia as the first major region in which to roll out this strategy.

On why Singapore was chosen, Niji noted that the city-state currently accounts for "most French investment in South-East Asia, with over €10bn invested annually through more than 700 subsidiaries of French companies currently established on the island."

At the same time, it added that despite the global health crisis, Singapore remains a land of opportunity with advanced infrastructure and world-leading business momentum.