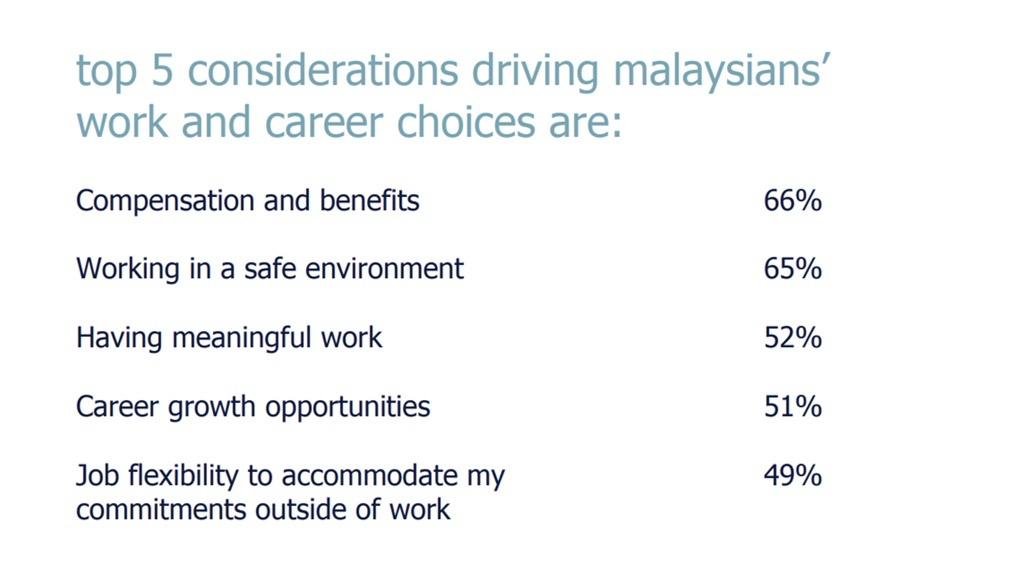 If employers fail to do so, employees could dive back into the job market, as close to two in five (38.6%) surveyed have switched employers in the last six months (H2 2021).

More than two in five Malaysians (44%) believe their skills have become more relevant during the pandemic, according to H2 2021 data from Randstad's Workmonitor survey. This is the highest in the region, with Singapore and Hong Kong trailing respectively at 21%, and 17%. Meanwhile, close to half surveyed shared that their skills remained about as relevant (48%), and close to one in 10 labelled their skills as less relevant (8%).

Drawing a relationship between relevancy in skills, and career progressions, a good mix of respondents reported that they have:

Are there upskilling opportunities?

While job prospects are still generally positive in Malaysia, close to nine in 10 (89%) Malaysians said that job market fluctuations have "made them realise" that they need more training & development to stay relevant, and a significant number (90%) of respondents want their employers or the government "to provide skills assessment tests", so that they know what skills to acquire to stay employable.

As such, analysts noted that employers "need to develop an actionable long-term workforce upskilling strategy that aims to let employees know the specific skills they need to acquire to advance their careers, as well as provide resources to help them meet their professional goals". If employers fail to do so, employees could dive back into the job market (i.e. The Great Resignation), the report highlighted.

That said, the availability of upskilling opportunities is only one of several reasons employees are putting themselves back into the job market. There are also others such as better employment conditions; personal ambition in the field & industry, and a personal desire for change.

For numeric evidence, based on the data gathered, close to two in five (38.6%) Malaysians reported that they have switched employers in the last six months (H2 2021) - an 8.3% increase from the previous six months (H1 2021). And more than three in five (61%) feel that they are not fairly or sufficiently rewarded for their current skill sets, and are therefore looking for another job.

Other than sentiments, Malaysians are also evaluating their work and career choices due to:

What does the market look like for the employers?

The aforementioned are not positive signs for the employers, as according to the survey, a lack of skilled talent "continues to plague" Malaysia’s employment landscape. Fahad Naeem, Head of Operations, Randstad Malaysia explained that despite the rising employment rate, Malaysia remains a candidate-short market.

"Many industries are facing hiring challenges due to the mismatch between the digital growth ambitions of companies and the shortage of qualified talent to fulfil those goals. Even as the workforce has become increasingly well-educated and more people are re-entering the job search market, candidates simply lack the specific expertise to bridge the skills gap in Malaysia," Naeem added.

"The pandemic has also further worsened the issue of under-employment. Despite an increasingly well-educated workforce in recent years, there remains an undersupply of high-skilled jobs which causes people to settle in jobs that they are overqualified for. As the country pushes forward to become a highly-connected and digital-first nation, there is a critical need to upskill the entire workforce so that more people are qualified for the high-value jobs that companies are offering now."

This, analysts revealed, not only signifies a critical need to upskill the entire workforce so that more people are qualified for the high-value jobs that companies are offering now, but also to also address the various employees' needs as mentioned.

Also read: Employers in APAC must revamp EX approaches to improve employees' intent to stay, wellbeing, and trust in leadership

The Randstad Workmonitor 2H 2021 survey was conducted in September across 34 markets around the world, with a minimum of 800 respondents in each market.