Singapore aims to improve the wellbeing of lower-wage workers through PWM, Tripartite Standards, and PW Mark 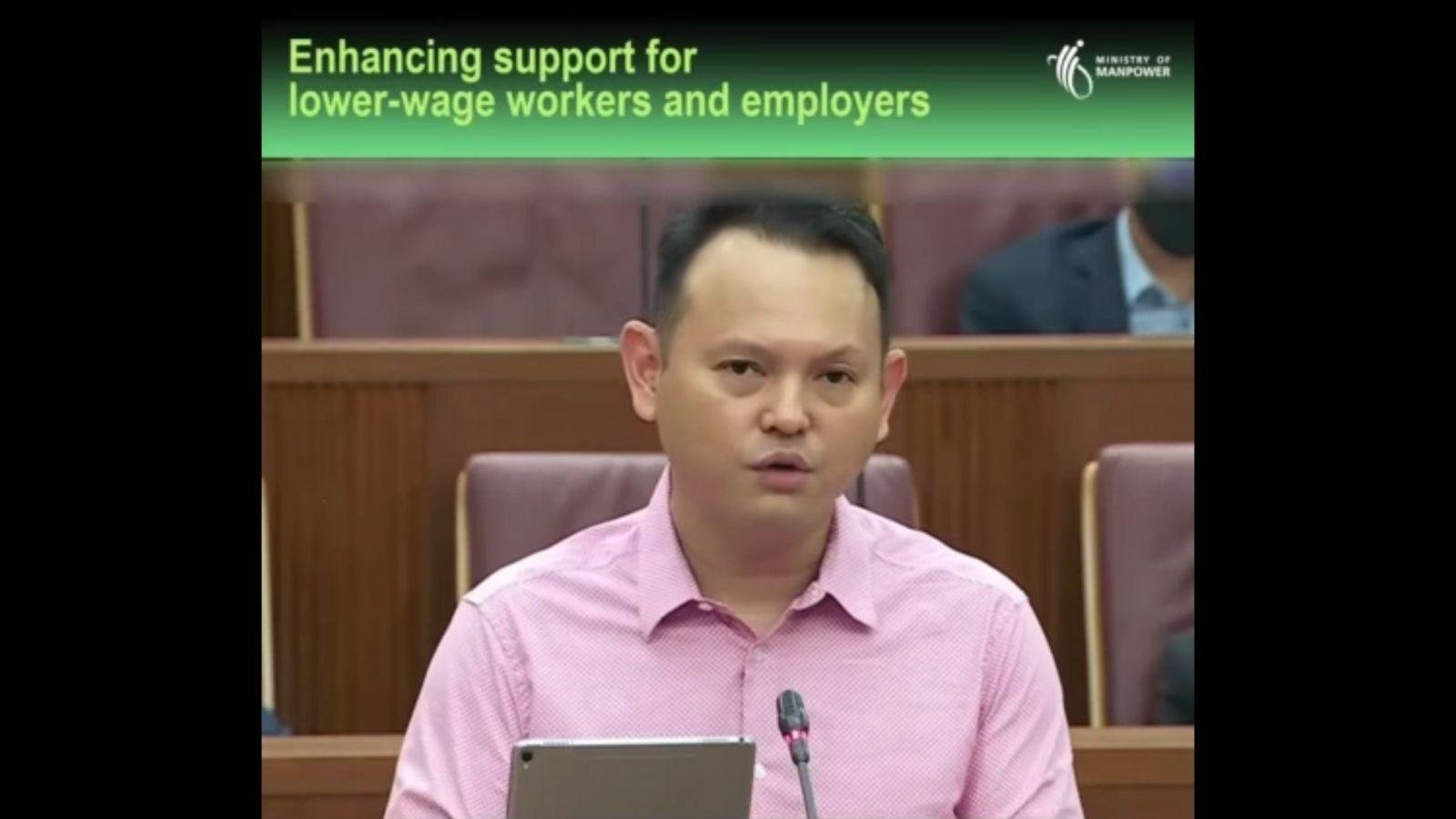 The Government is also looking to improve the credentials of HR professionals by getting them certified.

Progressive wages and workfare schemes will continue to be key thrusts in Singapore's efforts to not only uplift lower-wage workers, but also to better support them, provide stronger wage outcomes, and for everyone to "play a stronger role to create a more inclusive and cohesive society," Senior Minister of State for Manpower, Zaqy Mohamad has shared.

The Senior Minister said this in a Parliamentary speech on Monday (7 March 2022), a part of the ongoing Committee of Supply (COS) 2022 debates.

This is on top of sharing the progress of the Tripartite Workgroup on Lower-Wage Workers' recommendations, as well as the Government's efforts to strengthen HR capabilities "so that HR professionals are better able to support businesses".

"In the last five years from 2016 to 2021, we have seen good wage growth across our workforce," Minister Zaqy set the context of the speech with.

"Real median income of full-time employed residents has increased steadily at 2.1% per annum. In comparison, real income at the 20th percentile has risen faster than the median at 2.7% per annum. Now, this means that we are reducing the income gap even as we move up as a workforce."

Referring to the Tripartite Workgroup on Lower-Wage Workers' report, which was released in August 2021, Minister Zaqy highlighted that Singapore has seen "good progress" since the release of the recommendations. He noted that new progressive wage model (PWM) sectors, such as retail and food & beverage, "have been identified, and negotiations are underway".

"We can expect to see significant progress in wage outcomes in the coming years for our existing PWMs in the cleaning, security, landscape, and lift & escalator sectors," the Minister added.

Minister Zaqy cited an example that, from 2022 to 2028, entry-level cleaners will see a cumulative wage increase of up to 84%, and will receive baseline wages of about S$2,400 in 2028. He continued that existing PWMs in other sectors will likewise witness a "similarly strong momentum".

"They reflect the workgroup’s commitment to narrow income dispersion between workers at the lowest 20th percentile, and median, and strengthen our social compact," he said.

Beyond uplifting wages, Minister Zaqy shared that the Government also wanted to encourage employers to pay more attention to other aspects of the wellbeing (i.e. mental, and physical) of the lower-wage workers - thus it officially launched the Tripartite Standard on Advancing Well-being of Lower-Wage Workers.

"The Tripartite Standards (TS) are a set of good employment practices that all employers should implement at their workplaces," Minister Zaqy explained.

"The new Tripartite Standard on Advancing Well-Being of Lower-Wage Workers will encourage employers to provide better workplace support for our lower-wage workers, focusing on areas such as training and career development, to provide rest areas as well as care for mental wellbeing."

The TS alone, however, isn't enough to support lower-wage workers' wellbeing. "We must recognise that all of us have a role to play – all of us, as consumers," the Minister said. As such, the previously-recommended new Progressive Wage Mark (PW Mark), or accreditation will be launched in the second half of 2022.

"Employers that pay at least the relevant sectoral or occupational progressive wages to eligible workers, as well as the local qualifying salary to all other local workers, will be accredited with the 'PW Mark'," Minister Zaqy explained.

For employers that go one step further to adopt the new TS on Advancing Well-Being of Lower-Wage Workers, the Minister said that they will be recognised with the “PW Mark Plus” accreditation.

"We want to help individual consumers, and corporate buyers easily identify progressive employers that are supporting lower-wage workers, and support these employers through their purchases," he added.

While employers start to work their way towards the PW Mark, Minister Zaqy shared that from March 2023, the Government will require all suppliers who are awarded Government contracts to be accredited with the PW Mark, starting with contracts with a larger value, in order to play their part to "lend support to the PW Mark".

Minister Zaqy concluded this portion of his speech with a statistic that putting progressive wage measures together "increases the coverage of progressive wages further to up to 266,000, or 94% of full-time lower-wage workers."

The Government is well-aware that with these measures, employers would need time and resources to adapt accordingly. Hence, Minister Zaqy shared that employers can look forward to being supported through the Progressive Wage Credit Scheme (PWCS).

He explained that under the PWCS, there will be two tiers of funding, as follows:

"With PWCS, we are providing direct support to the firms as they adjust to the progressive wage and LQS moves. We want to encourage all firms, including those not in the PWM sectors, to provide wage increases voluntarily, in the immediate term when the Government’s support is the strongest," Minister Zaqy said.

And since there is financial support available, the Minister urged employers to use this period of support "to accelerate the structural transformation of their business processes". He believes that employers must take the lead in improving firm-level productivity, so that the wage increase will "remain sustainable for businesses, even when the support ends".

As such, employers should look towards innovation and digitalisation — especially with schemes such as the Productivity Solutions Grant and Advanced Digital Solutions scheme to support such efforts.

That said, Minister Zaqy highlighted that improving productivity shouldn't be limited to employers alone. "Workers should also continue to take initiative in upgrading their skills (i.e. via the Workfare Skills Support scheme), and applying these skills at work, be it to increase productivity or to take on new roles. Now, this will help them continue to support business transformation and ensure that wage improvements are sustainable in the long run".

"I hope that our workers will take the opportunity to upskill, and improve their career prospects," he added.

Minister Zaqy further addressed to the Parliament House that he is fully behind Members of Parliaments' (MPs) call for companies to build up their HR competencies and capabilities.

He drew reference to how to date, The Institute for HR Professionals (IHRP) has produced more than 5,000 certified aspiring, and practising HR professionals "who support one another, developing, and sharing HR best practices".

And, it will not end there as the Ministry of Manpower will also "continue to work with the National Trades Union Congress, the Singapore National Employers Federation, and the Trade Associations & Chambers to strongly encourage more HR professionals to be certified by IHRP.

Separately, Minister Zaqy added that since the launch of the Human Capital Partnership (HCP) programme in 2017, the Government has awarded the HCP mark to more than 600 employers, who employ over 210,000 locals, or about 10% of the total local workforce.

"We will continue to work with the Tripartite Partners to identify and recognise our progressive employers," he said.