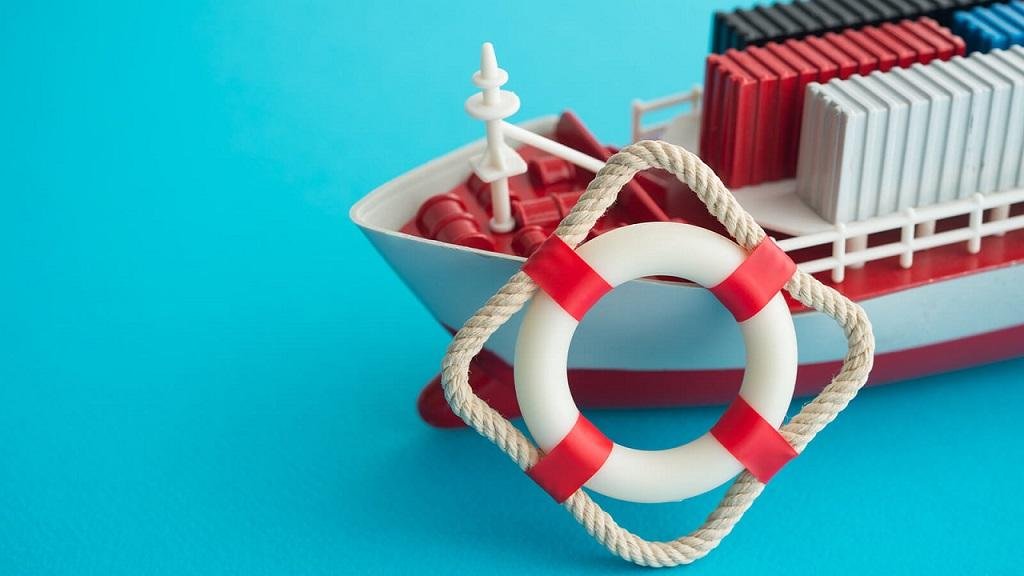 Despite being a mature economy, Hong Kong, for instance, has seen its attraction to multinational firms decline as a result of institutional and demographic changes over the past couple of years.

There have been many headwinds  for the global macro-economic outlook over the past year. The aftermath of COVID-19 has brought with it a myriad of macroeconomic uncertainties.  A post-lockdown eruption of consumer demand and global trade flows, a surge in global energy and food costs, and the return of monetary policy tightening in the US and other major advanced economies have raised a new set of operational risks and opportunities for businesses around the world.

Perhaps no region better encapsulates the challenges in balancing risk and opportunity than Asia Pacific. According to the Economist Intelligence Unit's (EIU) Navigating business risk in Asia Pacific report, although it is forecast to be the fastest growing part of the global economy over the next five years, risks tied to political instability, geopolitical tensions, and macroeconomic factors have grown.

Although APAC has overall become more attractive for businesses to invest and operate in, the gap between the region’s front-runners and laggards has widened. Advanced regional economies such as Singapore, Australia and New Zealand boast some of the most business-friendly operational environments in the world, while countries like Myanmar, Afghanistan and Pakistan are characterised by security risks, inadequate governance, and economic mismanagement.

In the EIU's evaluation of operational risk, the region stands out especially in terms of macroeconomic conditions, with most Asian economies still projected to grow steadily in 2022-23 despite a sharp weakening in activity in the US and the EU.

APAC is a diverse region, which can be seen in disparity in terms of development, government type, tax and regulatory regime, and infrastructure quality. Four of the top 10 global economies in EIU’s operational risk ranking are located in the region, namely Singapore, Australia, New Zealand and Hong Kong. While, North Korea, Myanmar and Afghanistan are at the bottom of the ranking with the most risky business environments. Among the 10 Asian economies whose performance has improved in the EIU's operational risk scores since 2018, half are Association of South-East Asian Nations (ASEAN) member states. This marks a collective effort to create a more business-friendly operational environment with more streamlined and efficient tax policies and regulations, better-skilled workers, and higher labour standards, as well as the expansion and upgrading of transport and communication infrastructure. 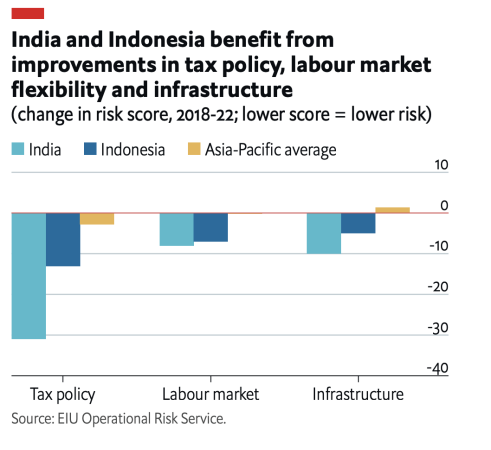 Reforms to lower the tax burden for businesses, enhanced tax compliance, increased labour market flexibility, and improved infrastructure quality through public investment and reduced bureaucratic barriers have all contributed both India and Indonesia's ranking in operational risks since 2018.

A combination of a lower business tax burden and greater incentives for tax filing in India has allowed the government to substantially lower corporate income tax rates. It also passed amendments to its taxation laws to boost foreign companies' confidence to invest in India. Meanwhile, new labour laws in 2020 laid out plans to increase labour market flexibility, enhance skills and health of the workforce, and raise wage levels.

Indonesia tells a similar story. The tax process has been streamlined to reduce avoidance and a series of tax holidays introduced to encourage new investment. While the Omnibus Law on Job Creation, effective from 2022, will bolster flexibility in the labour market by cutting severance payments and limiting the use of sectoral minimum wages. Restrictions on overtime working and outsourcing provide a legal basis for the protection of related labour rights.

Despite being a mature economy, Hong Kong has seen its attraction to multinational firms decline as a result of institutional and demographic changes over the past couple of years. The political upheaval in 2019-21 and uncertainties surrounding international travel policies during the pandemic have made it harder to hire foreign nationals, whose reluctance to move there for work, combined with an uptick in emigration of residents, has undermined technical skills levels among workers.

When compared with traditional rival Singapore as the region's financial centre, the EIU report finds SAR lags in terms of political stability and domestic security. Uncertainties about the territory’s legal and regulatory system, prospects for foreign trade, and a lack of infrastructure upgrading will be the main concerns of international businesses.

It does still offer exceptional qualities as an international trade and financial hub. Its ultra-low tax regime remains highly competitive globally. Despite a tightening of political restrictions, its common law system for commercial cases is unaltered and its financial regulatory system exemplary. Businesses enjoy broad access to domestic and international financing, and the territory still holds a unique role as a trade and financing centre linking Mainland China with the world. 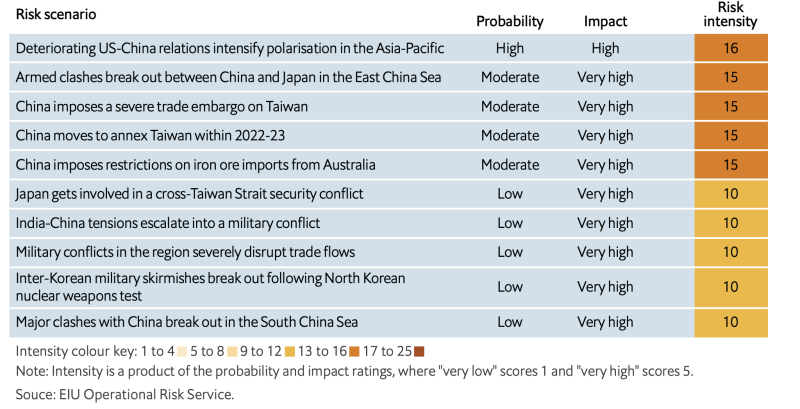 The EIU's Navigating business risk in Asia Pacific report draws on EIU’s operational risk service, which assesses the risks to business profitability in 180 countries for the next two years.

ASLO READ: Salary increments in Malaysia to rebound to pre-COVID levels in 2023