Everything you need to know about Hong Kong's anti-epidemic measures 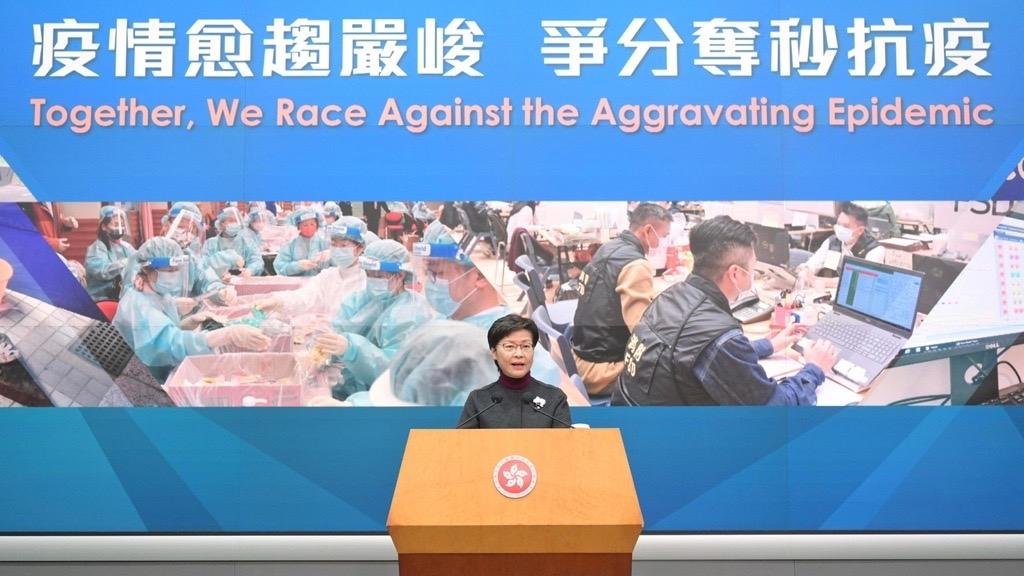 The Hong Kong SAR government announced further tightening of social distancing and other measures as the city notes a record number of cases. The new rules will see an extension of premises that fall under the government's 'vaccine pass' programme, amendments to the labour ordinance, and the capping of dining out at two people per group.

“I hope we all realise that the time has come for Hong Kong to take some tough measures, said Lam. "Public health prevails, very often, over individual freedoms, but we will not put any individual in Hong Kong in a situation where they simply could not live their life. So, there will be exemptions. There will be compassionate treatment for this and that.”

Here's what you need to know.

1. If an employee refuses to use a 'vaccine pass' in order to go to work, in the case of catering premises, for example, and an employee is unwilling to get vaccinated. If this were to lead to an employee being dismissed by the employer, it will not be considered an unreasonable dismissal under the amended legislation.

The 'Vaccine Pass' gets an upgrade

In addition to the existing 17 scheduled premises that require the 'LeaveHomeSafe' app to enter, the government has added six more. These include places of worship, shopping malls, department stores, supermarkets, markets or bazaars, and barbershops/hair salons. From 24 February 2022, patrons will be required to be vaccinated in order to enter the premises.

The government will also introduce the use of the 'vaccine pass' in other premises by administrative means, including schools, universities, and all premises that receive government subsidies, such as some day centers, activity centers, youth centers. This will include the offices of public organisations, such as the current government offices, which people will soon have to be vaccinated before they can enter.

The government reduced the number of people allowed to gather in public from four to two people. Those dining in restaurants will be limited to two per table while for the first time the government put a limit on private gatherings as well.

The fine for failing to comply with a compulsory testing order has been raised from HK$5,000 to HK$10,000.

The government will offer a one-off payment of HK$10,000 to those who have lost their jobs as result of the fifth wave of infections as part of an anti-epidemic relief fund involving a total of HK$26bn. People who lost their jobs before December 2021 won't qualify.

Furthermore, the government will offer certain workers such as cleaners, security guards, and those working other high-risk jobs, such as airport freight workers, HK$10,000 in subsidy that will be split into payments across five months.

Other industries such as recruitment firms that have been 'indirectly affected' because of the economic downturn will also benefit from funding by the government.

ALSO READ: Mandatory vaccinations for employees in Hong Kong: What employers can and cannot do