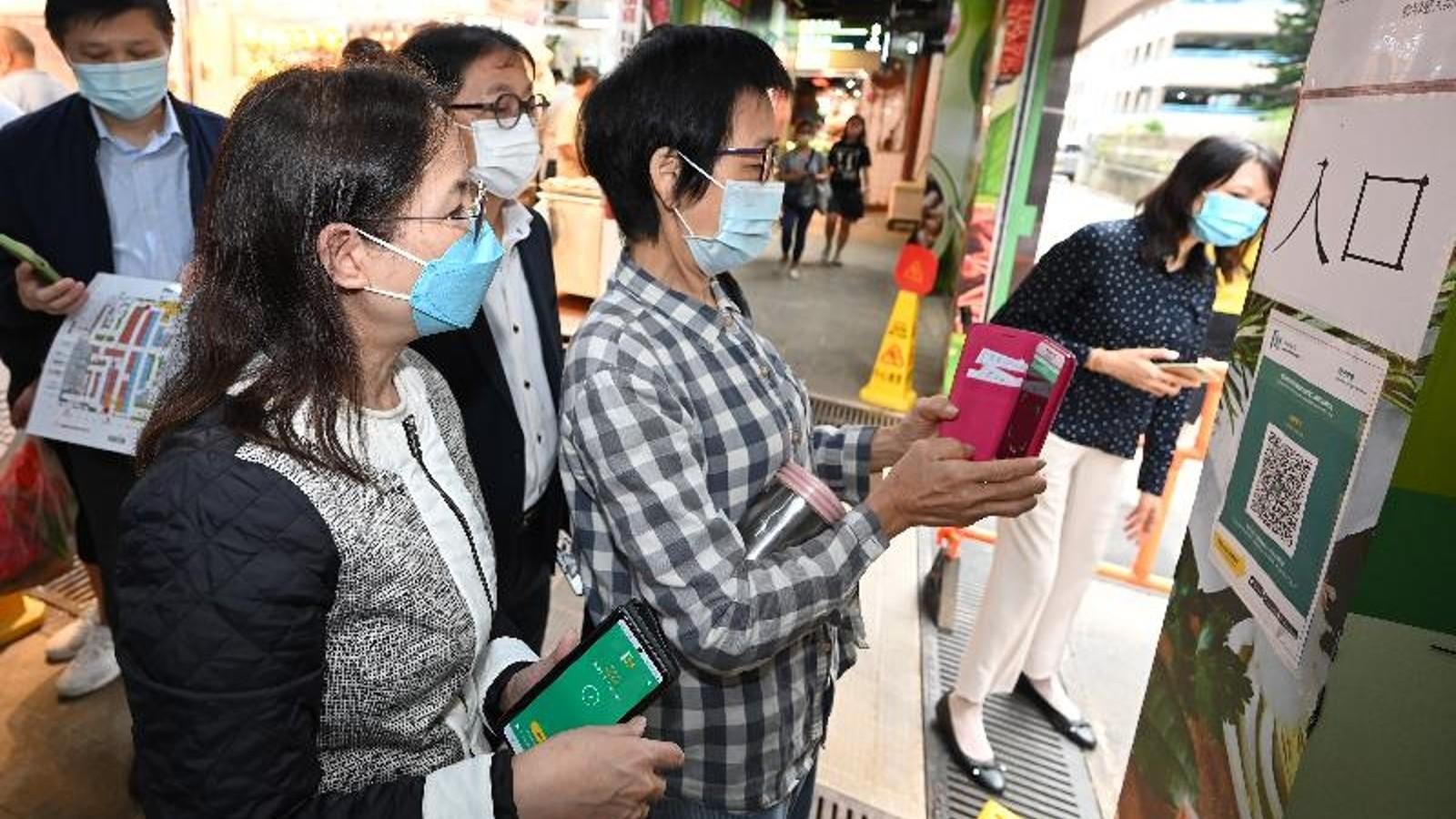 This comes in after the HKSAR announced new rules that deemed all persons entering government buildings to be mandated to use the LeaveHomeSafe mobile app from 1 November 2021.

Hong Kong police said Monday, that they had arrested five people entering a government building by registering with a fake app instead of the designated LeaveHomeSafe app created by the government.

This comes in after the HKSAR announced new rules last week that deemed all persons entering government buildings to be mandated to use the LeaveHomeSafe mobile app from 1 November 2021. The rules extend to all government buildings including hospitals, police stations, wet markets, sports facilities and other government-run spaces.

South China Morning Post (SCMP) reported that the five suspects included two Immigration Department staff, one staff member employed by the Audit Commission, and two contractors working on site. Officers were called to Immigration Tower just before 10am on Monday morning and intercepted the suspects at the entrance of the Wan Chai building.

The fake app, of which there are many versions, including one called 'Back Home Safe', has an almost identical design to the government-run app and allows people to use it in the same way by scanning the QR codes or input the venue themselves.

"I hope that the public will appreciate that all we try to do is to ensure that overall, we have an effective strategy to do contact tracing, to ensure that we can, at the first instance, be able to catch whoever may be infected or subject to that risk, so that we can control and prevent it from being spread and also prevent people from unnecessarily getting the possibility of having to go into a quarantine centre," Chief Secretary for Administration, John Lee said at a media briefing in the afternoon when asked about the arrests.

"The intention is to ensure that we have an effective system."

Exemption from using the app is only made for children under the age of 12, people aged 65 or above, and those with disabilities that render the use of the app difficult. Those who are exempt are still required to register their details including a valid phone number which will be checked on site.

The Food and Environmental Hygiene Department (FEHD) also carried out a number of checks at various FEHD's offices and indoor facilities (including public markets, hawker bazaars and cooked food markets) to observe the implementation of scanning the app to enter its premises.

"FEHD is very concerned about the use of the app to enter FEHD's venues under the new arrangement," a spokesperson said in a press release. "During the teething period, should individuals have genuine difficulties in using the app, the FEHD will handle it with a pragmatic and sensitive approach, to avoid hindering patrons from admission to markets for shopping as far as possible."

Meanwhile, The Standard reported remarks by lawmaker Michael Tien Puk that mandatory usage of the app could be extended to restaurants. The change would mean diners, in tables of four and above, may no longer be able to leave their details on a form.