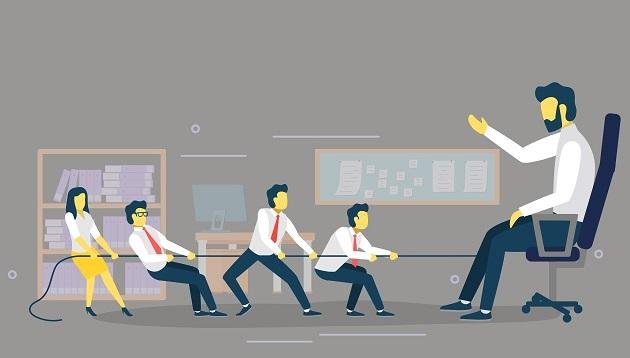 Singapore's HR teams should be preparing for workplace anti-discrimination laws after it was confirmed that some or all of the TGFEP principles will be enshrined into law, says David Smail, an Of Counsel at DLA Piper.

Any doubts as to whether Singapore will be seeing its first workplace anti-discrimination laws have been put to rest: the answer is “yes”. In his National Day Rally speech on 29 August 2021, Prime Minister Lee announced that the Singapore Government will enshrine into law some or all of the principles currently contained in the Tripartite Guidelines on Fair Employment Practices (TGFEP).

The announcement follows Manpower Minister Tan See Leng’s recent announcement that a Tripartite Committee on Workplace Fairness (TCFW) would be established to review the current framework for workplace fairness and how to better tackle workplace discrimination in Singapore. Among other things, he said the committee would look into whether legislative protections should be pursued, and if so, the appropriate scope.

Singapore does not currently have any legislation which expressly prohibits discrimination per se.

While there is some limited protection in a handful of narrow areas, there are no direct remedies available for employees who have been subjected to discrimination on the grounds of attributes which may be protected in other countries such as race, nationality, ethnicity, religion, gender, disability or sexual orientation.

The Prime Minister’s announcement confirms this is about to change, and that HR managers will be faced with both challenges and opportunities going forwards in terms of how they shape their equal opportunities goals.

How did we get here?

The Prime Minister’s announcement is the latest development in a long-running public conversation about the scope of the protections that should be afforded to local workers and whether these go far enough. There has been a degree of backlash from local employees who claim that employers are engaging in unfair hiring practices which discriminate against local Singaporeans.

Trade unions, employee representative bodies and opposition political parties have been calling for change. These problems have been exacerbated by COVID-19 which has resulted in a heightened sense of insecurity about jobs and employers needing to reduce their costs.

Despite the increased scrutiny on protecting local jobs, there are no still generally no express statutory protections for Singapore employees (save in a handful of discrete areas including wrongful dismissal, pregnancy dismissal, retirement and re-employment, and enlistment discrimination).

The TGFEP and the Fair Consideration Framework (FCF) were introduced to provide a set of best practice guidelines for employers to adopt to prevent discrimination at the workplace. They cover a range of topics including recruitment, HR systems, training, and reward.

At their heart is the principle of hiring and developing a ‘Singaporean core’, which encourages employers to make reasonable efforts to attract and consider local Singaporeans for job positions on merit and for training and development purposes.

In October 2020, the Tripartite Advisory on Managing Excess Manpower and Responsible Retrenchment (Retrenchment Advisory) were also updated to provide that retrenchments should generally not result in a reduced proportion of local employees.

While the TGFEP, the FCF and the Retrenchment Advisory can be taken into account by the Employment Claims Tribunal for the purposes of adjudicating employment claims, they are technically non-binding. Failure to comply with them will not result in a breach of the law per se but may result in the imposition of administrative penalties in terms of curtailment of applying for future work passes, or the employer being added to the FCF’s ‘watchlist’.

The sentiment shared among trade unions, employee representative bodies and opposition political parties has generally been that the current framework does not go far enough, and that statutory protections are needed in order to deter errant employers and provide employees with some form of direct relief.

What will the new legislation mean for employers?

With the introduction of legislation, employees will for the first time likely be able to take legal action directly against their employers for discrimination that takes place in the workplace.

In terms of resolving disputes, the Prime Minister confirmed that the approach will be modelled on how employers currently deal with disputes over salaries and wrongful dismissal. This means that disputes will first go through a process of conciliation and mediation, and only if these are unsuccessful will they be determined judicially. A new workplace discrimination tribunal will be established to decide such cases.

The Prime Minister also confirmed that the new legislation will protect employees not only on the ground of nationality or race, but also on other grounds covered by the TAFEP including sex, age, race, religion and disabilities.

The TCFW will consult stakeholders, including unions and employers, and aims to complete its work by the first half of 2022.

How can HR prepare?

We still do not have all the details of the proposal and a number of questions still remain. For example, will the new law only prohibit discrimination or will it also extend to harassment? Will the protections extend to grounds not currently recognised by the TGFEP such as sexual orientation? How will the new law interact with the Tripartite Guidelines on Wrongful Dismissal? How will the workplace discrimination tribunal be constituted and what remedies can an employee seek from their employer?

Regardless of the answers to these questions, the introduction of Singapore’s first anti-discrimination legislation is a bold and progressive step towards expanding the scope of protections for employees in Singapore.

HR managers should start preparing for change now by reviewing their existing discrimination and harassment policies to ensure they not only meet the minimum requirements under the current Singapore legal framework, but that they actively promote and protect attributes prescribed by the TGFEP such as gender, race, nationality, age, religion, and disability. Multinational corporations may already be doing this in practice as they tend to adopt global standards which go above and beyond the local minimum legal framework.

Equal opportunities training programmes should also be reviewed to ensure they are up-to-date and relevant to the current moment. This means, for example, providing training on real life examples in a ‘post-COVID world’ where an increasing number of employees are working remotely or based offsite, and where discrimination and harassment is increasingly taking place in an online or virtual environment.

With employees increasingly feeling insecure in their current roles and with employers increasingly struggling to attract and retain talent, having in place an equal opportunities programme that goes above and beyond the minimum legal framework can be an important differentiator that helps employers to remain competitive. Going forward, it will also be necessary to comply with Singapore’s new workplace anti-discrimination laws.