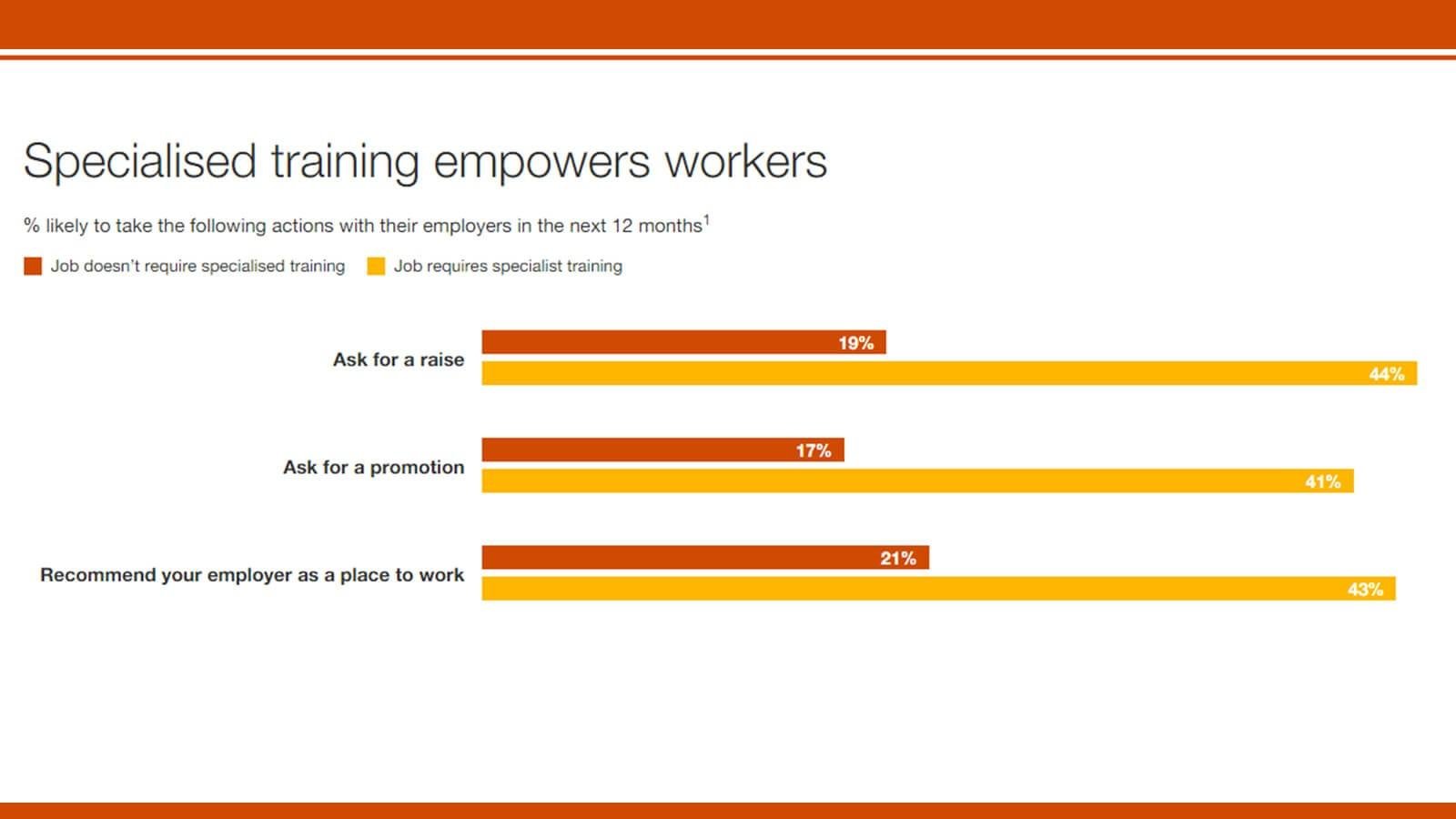 On the other hand, of those whose jobs do not require specialist training, only 19% were likely to ask for a raise, according to a survey.

According to PwC's latest 'Asia Pacific Workforce Hopes and Fears Survey 2022', employees with a specialisation are in high demand in Asia Pacific (APAC) – and they know it.

This latest survey of 18,000 APAC-based employees shows that the balance of power between workers and their bosses is shifting.

In the next 12 months, around one-third of survey respondents plan to ask for a raise and the same proportion say they are likely to ask for a promotion. One in five intend to switch to a new employer, the survey further revealed.

However, the study revealed a potential disparity – less than half (45%) are upskilling their workers. As the study suggests, "too often, companies see upskilling as a short-term fix for plugging immediate skills gaps rather than a way to develop a strategically competitive workforce". In APAC, 42% are worried their employer will not teach them the technology skills they need.

It is no secret that the last two years with the COVID-19 pandemic have posed certain physical and mental health challenges for workforces around the world. In turn, supporting employees; wellbeing has since become a significant focus for many companies. Interestingly, it’s the third most popular strategy in APAC for addressing skills shortages, according to the survey.

Yet, in absolute terms, the rate of support is still relatively low, with just 36% of employees saying their employer supports their physical and mental wellbeing. 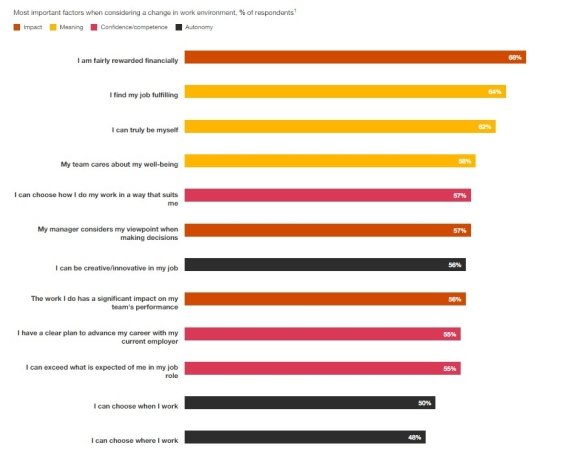 The study further suggests that one of the most powerful ways to nurture meaning and fulfillment is by creating a clear link between what people do everyday and societal purpose.

Listing an example, in relation to environmental, social, and governance (ESG) matters, a significant number of employees feel their company isn’t doing enough to help them navigate these critical issues:

In the same vein, this highlights the need for employees to be able to trust their company. Such trust requires transparency – however, the study has revealed a transparency gap among APAC employees. Most significantly, 62% of respondents indicated that transparency was particularly important when it comes to the organisation's record on protecting worker and health safety. However, only 53% are confident their employers are transparent in that regard.

Trust in a hybrid working world

Per the survey findings, two-thirds of employees who can work remotely prefer hybrid work, with a similar proportion holding the opinion that their employers agree. There is, however, significant variability across the region: 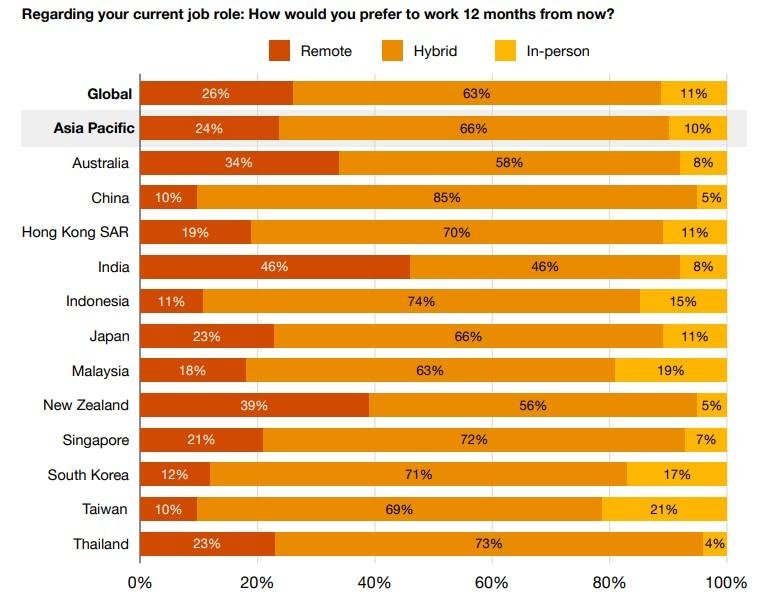 As evident from the above findings, a new world will prompt leaders to adapt and evolve – at speed – to address increasing employee expectations towards trust in a hybrid world, meaningful work, authenticity, and fair compensation.

This will, undoubtedly, breed a new set of leaders who bring with them new skillsets, mindsets, and leadership approach.